Pizza found itself among the top trends in Twitter India on Tuesday. Italian pleasure – a comfortable meal for many – has become a hot topic among Twitter users. The reason behind this was a recent judgment which said that pizza toppings should be taxed at 18% higher than pizza, which is taxed at 5%. According to a report in The Economic Times, GST rates on pizzas are determined based on how they are made and where they are sold. While pizza made and sold in restaurants attracts 5% GST, home-delivered pizza comes in the 18% GST slab. Pizza bases purchased separately, however, are taxable at 12% under the GST rules.

The Haryana Appellate Authority for Advanced Ruling (AAAR) has said that pizza topping is not pizza and thus should be classified separately for GST purposes. Authorities said on March 10 that the method of preparation of pizza toppings was different from that of pizza, and that the ‘food preparation’ section would be taxed at 18%. This can complicate the tax process for many popular food chains and foodies who sell pizza through Dine Out or Takeway mode.

Twitter users were also confused after reading about the tax rules for pizza. The news angered several users, who reacted strongly to the news. “It should be written in our history books,” wrote one user, another wrote, “Pizza at the restaurant, pizza base, pizza has already been delivered to the house .. all attract different GST rates ৷ basically, don’t eat pizza!”

I guess it’s not just cryptovers in India that are confused about taxes.

Pizza topping will have to pay more GST tax as it is not pizza. https://t.co/blhAxTYwCG— Siddhartha (WazirX) (uddBuddhaSource) March 15, 2022

Say hello to the topping tax!

Want topping on pizza? A further 18% GST has to be paid

We have blessed bureaucrats and politicians who can answer profound philosophical questions that have challenged the best minds for millennia – “* true *, what is a platonic ideal pizza?” Can GST design metaphysics accommodate such subtleties ???? https://t.co/Zbx9GfJ8ZQ— Akshay Alladi (@akshayalladi) March 15, 2022

(Also read: Top 10 most bizarre pizza toppings in the world)

This is not the first time that a tax rule has been hotly debated by the food community. In September 2021, industrialist Harsh Goenka asked on Twitter if the size of the sheets affected the tax rate imposed on it. He wanted to know if the square leaf attracted GST and whether the round leaf was free from it. Later, an Indian tax agency clarified its position on the matter. 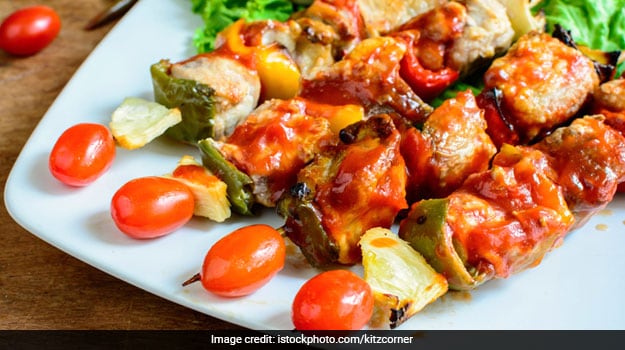